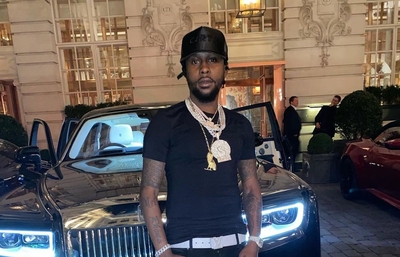 Still riding a musical high from his last track about flossing, Popcaan is back at it with “Money Speaks.”

Released on December 3, 2021, the Unruly Boss is on a mission to prove to his haters that it is not talks, likes, or who you know that matters at the end of the day, but cold hard cash. A tribute to the power and wonders of the loaded wallet, “Money Speaks” basically speaks for itself as the three-minute song shows how fancy cars like Rolls-Royce get fancy women who you then take to fancy locations like London.

Currently, number 17 top trending on YouTube with over 150,000 views in less than a day, “Money Speaks” is produced by Drop Top Records and distributed by Johnny Wonder. Popcaan boasts over 1.6 million subscribers who like the whole unruly nature of the artiste because he is flaunting his wealth while thumbing up his nose at those he constantly reminds that no matter how hard they try, they can never be on his level.

With “Money Speaks,” Popcaan demonstrates that money can truly buy you happiness.

“Money haffi run like the train pon d railways / Clean all bout, in and out, east and south, hundred billion wey me a talk bout,” Popcaan deejays. “Cologne a kick like Stephen Jurado, we nuh green like avocado / Seven million a Wells Fargo, eena the wealth zone wey me waa go / So we dweet, money speaks, bank book fi seet. Get the vision, private jet taking off like every week.”

When money is not flowing, he admits, he has a bad attitude and closes himself off from people. Money, he says, soothes him and separates him from others he refers to as ‘crabs eena barrel’ trying to ride his coattail without paying their dues or having any real significant talent.

“Money Speaks” is another hit for Poppy with this latest release as the flow is silky smooth and lyrically sound since everyone can relate to having to be vigilant and focused on being successful. Fans are raving that it is classic Popcaan because, as usual, he keeps it real when speaking about his extravagant lifestyle.

One fan exclaimed, “Popcorn is just unstoppable in a real lifetime, his music is timely with the time, and above all, next level to being an icon in the business of music, very smoothly and much relatable. Unruly Boss is very sassy on this one, very smooth.” Another added, “No violence. No graphic dig out hole biz. Song still bangs. Dancehall doesn’t have to be vicious or explicit to be good.”