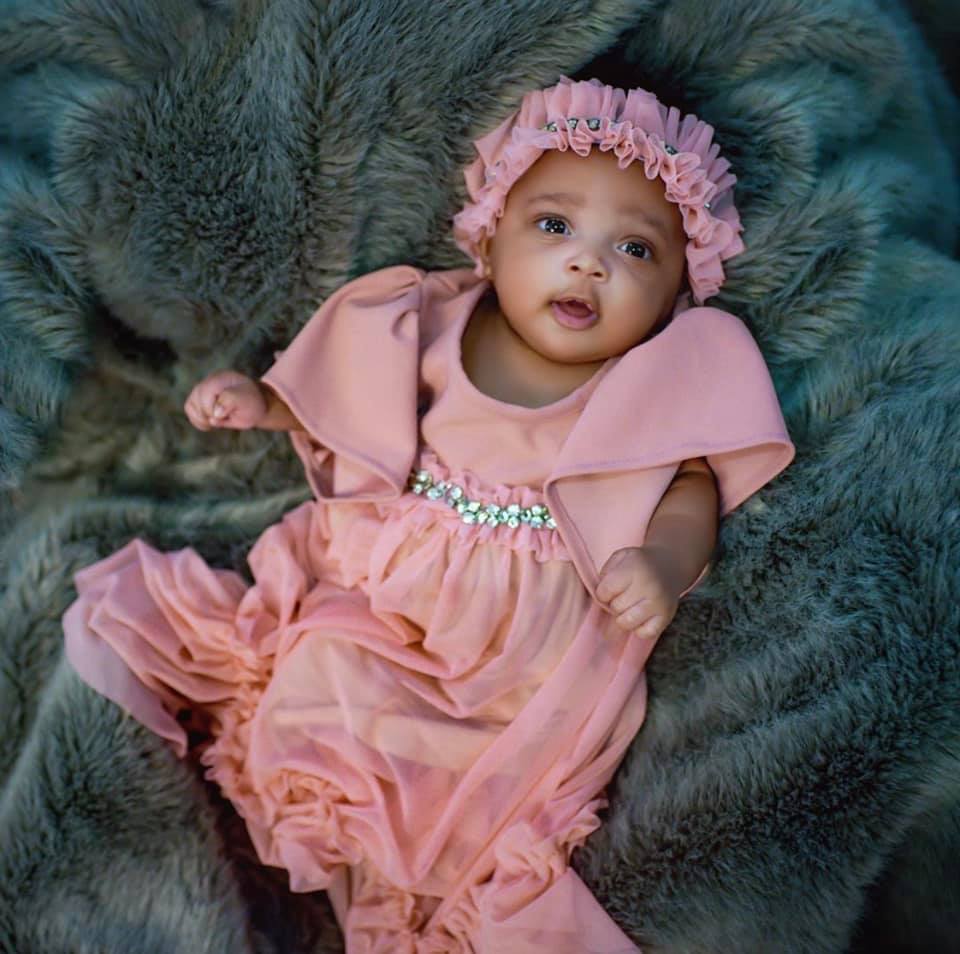 Usain Bolt is introducing the world to his daughter, Olympia Lightning Bolt!

The world-renowned sprinter celebrated his girlfriend Kasi Bennett's birthday on Tuesday by sharing several photos of the mother-daughter pair.

"I want to wish my gf @kasi.b a happy birthday and To let u know I am happy I get to spend ur special day with u," Bolt, 33, wrote in the caption accompanying the stunning photos on Tuesday.

The shots feature little Olympia — who seems to have been named in a nod to her dad's Olympic legacy — wearing a pink dress and matching tulle headband as she smiles up at the camera. Other photos show Bennett wearing a golden gown, holding Olympia in a matching outfit.

"I want nothing but happiness for u and will continue to doing my best keeping a smile on ur face," Bolt continued, going on to reveal their daughter's name and promise to "be the ROCK for this family."