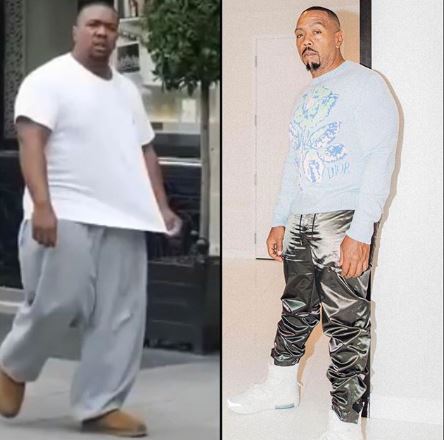 After beating an addiction to painkillers and dropping 130 pounds, Timbaland has a new outlook on life. The super producer recently opened to Men’s Health magazine about kicking his pill habit and getting his mind, and body, in shape.

“I had a dream that death was near,” Timbaland admitted of his addiction to painkillers. “I saw myself with a white face.”

The addiction worsened in 2013, when the Grammy winner and his ex-wife began divorce proceedings. Making matters worse, he owed millions to the IRS.

Taking pills became an escape method for the 47-year-old father of three. “It put me in a great feeling of not caring, of just being free. I’m like traveling, doing shows, popping ‘em, having fun, just being ignorant.”

Although he can’t recall just how many pills he popped daily, Timbaland finally decided to kick the habit by slowly weening himself off of prescription drugs, and it wasn't easy. He described going through withdrawals as “one of the toughest things” he’s ever experienced.

“This was the path chosen for me. God was rebuilding my character.”

The Virginia native also credits his girlfriend with sticking by his side and finding a gym for him to begin his weight loss journey. He started working out Miami’s Punch Elite Fitness where he connected with a trainer who put him on a fitness regimen that includes boxing, and a strict diet of no processed food and lots of water.

When Timbo first walked in the gym he weighed 350 pounds. Today, he’s more than 100 pounds lighter, and still working on bettering himself.