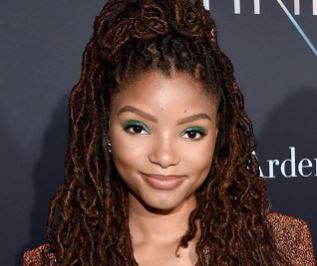 Grammy-nominated singer-scribe Halle Bailey has shocked the world after it was reported the 19-year-old will play Ariel in the Disney live-action remake of The Little Mermaid.

According to The Hollywood Reporter, Halle who is one half of the sister-singing duo Chloe X Halle will breathe new life into the beloved role of King Triton's curious yet rebellious daughter who wants to live on land and not her underwater habitat she's known all her life.

The Grown-ish actress was notified late Wednesday morning of the news. (July 3) There are rumors Melissa McCarthy may play evil Queen Ursula along with Jacob Tremblay and Awkwafina.

"After an extensive search, it was abundantly clear that Halle possesses that rare combination of spirit, heart, youth, innocence, and substance — plus a glorious singing voice — all intrinsic qualities necessary to play this iconic role,” said director Robert Marshall in a statement.