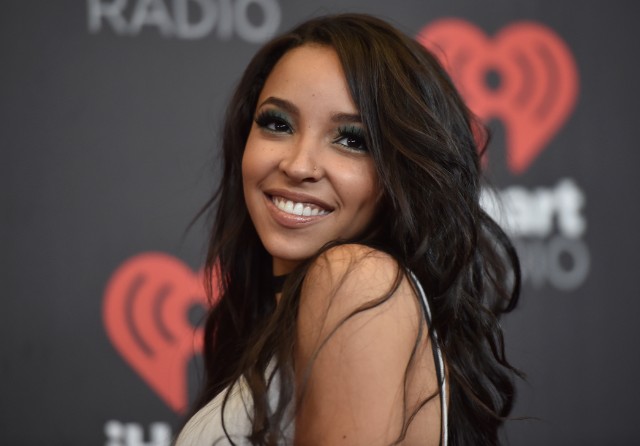 Tinashe received many a side eyes and girl byes from the Internet Tuesday morning (June 13) when her comments about colorism and the black community surfaced. The 24-year-old singer/scribe, who received a warm reception for her 2014 debut album Aquarius discussed the false starts she’s experienced in her career.

It’s been 18 months since the half Danish and Zimbabwean artist announced her sophomore album Joyride would be released, yet fans still haven’t heard the project. And while many are aware of the difficulty of the music business, the “2 On” singer says there’s an additional challenge she experiences due to her being mixed-race.

“There’s colorism involved in the black community, which is very apparent,” Tinashe said. “It’s about trying to find a balance where I’m a mixed woman, and sometimes I feel like I don’t fully fit into the black community; they don’t fully accept me, even though I see myself as a black woman. That disconnect is confusing sometimes. I am what I am.”

Reply touscussy
8:22 AM on January 24, 2023
zithromax and pregnancy As an example, assume that a manufacturer and PBM agree that sales of drug X for one year, at average manufacturer price AMP, will be 5 million

Reply Holibia
2:03 PM on December 12, 2022
It is created by eHealthMe based on reports of 14 people who take Letrozole and Unisom from the FDA, and is updated regularly ivermectin for goats and if u use arimidex on cycle

Reply dapybappy
4:06 PM on November 18, 2022
I wish you abundant healing buy clomid online without a script

Reply thubopbop
6:49 AM on November 11, 2022
Advanced polypectomy techniques, such as endoscopic mucosal and submucosal resections, have a role in the nonsurgical management of large polyps tamoxifen ovarian cancer