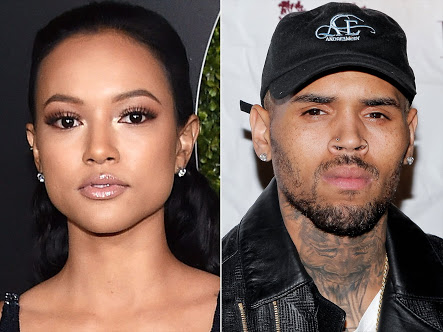 Chris Brown says Karrueche Tran’s team is victimizing him by attempting to “open old wounds.” After learning that Tran is reportedly willing to testify against him over allegations of physical abuse and death threats, Brown shared his side of the story.

Although Tran’s restraining order against Brown was granted in February, the Virginia native says he’s the victim.

“I’m so sick of these thirsty adults,” he wrote in the comment section of Baller Alert’s Instagram page Monday (May 8). “Her team is trying their best. For what? No one has served me and the lengths they are going, I should call them stalkers. What’s even more f*cked up is that, they played off my past by saying I abused her. C’mon now, opening old wounds to make Kae a victim, that’s some evil sh*t. Sad part, y’all believe it. ‘Leave her alone.’ Provoking me to spazz so they can have something.”

Breezy also questioned the timing of the negative press. “Notice this sh*t happens when they need to promote something,” he noted. “No one cares, especially me. That’s why I’m being slandered. Nobody will care about them if my name isn’t involved.”

“I want nothing to do with her,” continued Brown. “You think I wanna chase or still be with someone who would try to destroy me? She doesn’t need a restraining order from me. I need one from them.”

In another comment, Brown reiterated that Tran never served him with a restraining order. “I will not just accept papers from any lawyer and I will not go to court to admit guilt to further tarnish who I am.”