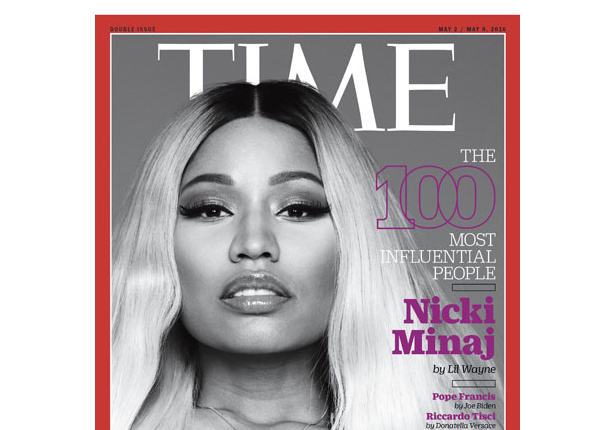 Nicki Minaj’s reign in the music industry and the business world overall is unmatched, and given her prowess in making profitable boss moves, the Queens native landed on TIME’s annual “100 Most Influential People” list.

With her write-up penned by none other than YMCMB label boss, Lil Wayne, the Nawlins native praised the “Monster” lyricist for changing the rap game for not only women, but men as well.

“Her work ethic speaks volumes and has yielded these results,” Weezy writes. “The scary thing is she’s still going. Ha! Nicki Minaj will go down as one of the best to do it in the history of music.”