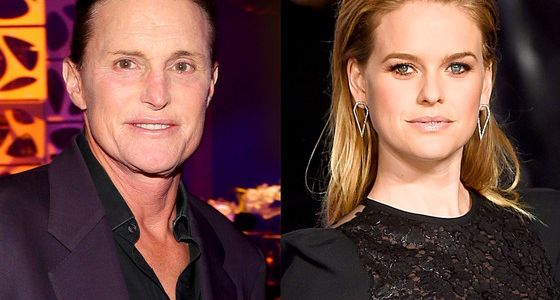 British actress Alice Eve came under fire on social media for comments she allegedly made about Bruce Jenner following his 20/20 interview with Diane Sawyer in which he revealed that he is transitioning into a woman.

"I deeply apologize for offending anyone," wrote the actress in a statement released to PEOPLE. "I support equal rights and equal dignity for all. I have deep compassion and support for Bruce Jenner.

"My intention was not to offend. My intention was simply to express that, with the overdue and welcome acceptance of us all living on a gender spectrum, we must encourage equality for all."

Her comments were made in a misguided attempt to open a dialogue about feminism. Eve wrote on a now deleted Instagram post that if Jenner "were a woman, no one would have even heard of you because women can't compete in the decathlon," according to the BBC, referencing the gold medal win that shot Jenner, 65, to international fame in the 1976 Summer Olympics.

Keep up with your favorite celebs in the pages of PEOPLE Magazine by subscribing now.

If Jenner were assigned female at birth, he "would be a frustrated young athlete who wasn't given a chance," the Star Trek Into Darkness star reportedly wrote. "Until women are paid the same as men, then playing at being a 'woman' while retaining the benefits of being a man is unfair."

She continued, "Do you have a vagina? Are you paid less than men? Then, my friend, you are a woman."

The actress was accused of transphobia by commenters, as well as ignoring intersectionality, an important critical theory of feminism which examines the interconnected nature of various systems of oppression or discrimination (sexism, homophobia, racism, transphobia, etc.) and dictates that the experience of one oppressed party cannot be compared to the experience of another oppressed party.

In simple terms, going after Jenner for coming out as transgender does not advance the cause of feminism as it ignores how these systems are connected.

It's to that charge that Eve responded in a comment that, as of this writing, still lives on her Instagram. "I'm not saying by identifying [as transgender] they are negatively impacting feminism," she wrote on a photo of Harnaam Kaur, a bearded woman and activist for body confidence. "I am saying that we have to refine the language on this topic so all men, women and transgenders [sic] are accurately represented in their process of self-identification."

Following her defense, the actress acknowledged, "Maybe this needs a little thought," going on to thank commenters "for engaging with me on this subject, because I felt confused and now I feel enlightened and like I know what education I need to move forward. I appreciate the time and thought."

"I am a supporter of anyone who wishes to explore their gender identity," read the text on a photo of David Bowie that Eve posted on Instagram on Monday. "Sometimes language doesn't express the spectrum of identity sufficiently, as in this case. I am also a believer in equal rights for all …. Whatever your race, color or creed."