Monica Lewinsky Thanks Eminem, Lil Wayne, Nicki Minaj For Mentioning Her In Their Music 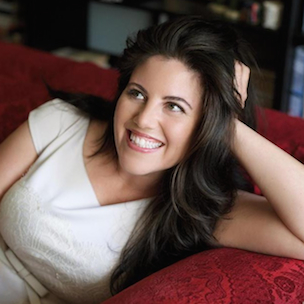 During a recent speech at Forbes’ “Under 30 Summit” in Philadelphia this past Monday (October 20), Monica Lewinsky thanked a number of rappers for mentioning her in their music over the past few years.

“Some of you might be asking, ‘Who the hell is she, this Monica, and what is she doing here?’ Or maybe even, ‘What is she doing in all of those Rap lyrics?’” Monica Lewinsky says. “Thank you, Beyoncé and Eminem. And Nicki Minaj. And Kid Cudi. Lil B and Lil Wayne… and of course G-Eazy, but let’s not forget Jeezy and all the rest.”

Monica Lewinsky’s full speech, where she talks about her storied past, can be viewed below: