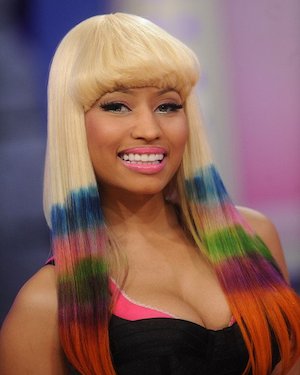 Things between Lil Wayne — who already has four children with four different women — and Nicki were never serious, so he is now doubting his paternity if the rumors are true, insiders told Atlanta Daily World.

“[Nicki] was just out to have a good time one night, but she got the good time and more,” the site said, hinting that Lil Wayne’s label mate Drake or super producer DJ Khaled could also be Nicki’s baby daddy.

There is some more evidence of the pregnancy from a reliable source, who says Nicki was spotted with a “prominent baby bump” on Saturday, Jan. 2 while out to dinner with another man.

“She twice made toasts by drinking water instead of wine,” an eyewitness said, adding that it is “highly unusual” for Nicki ”to toast with anything but a full glass of wine.”