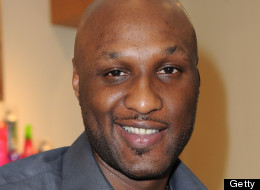 TMZ is reporting that Lamar Odom has been missing for three days.

According to the site, Khloe Kardashian's husband vanished suddenly and his family believes he may be on a drug binge. Allegedly, no one has been able to contact him for nearly 72 hours.

TMZ first reported that multiple sources familiar with the situation said Odom, 33, has been facing a drug problem for two years. Reportedly, he went to a rehab facility in San Diego last August, but left after three weeks. The site also reports that Odom stayed clean once he left treatment and was able to play well for the Los Angeles Clippers this past season. But once the season was over, insiders say he slipped back into using "hardcore recreational drugs."

Sources tell TMZ that within the last few days Odom's family tried to stage an intervention, but he wouldn't have it. On Wednesday, Kardashian, 29, allegedly kicked him out of the house and he hasn't been seen since. People is also reporting that Kardashian has been struggling to help Odom for a long time.

"It's a really hard time for Khloe," a source tells People. "She's kept this secret for almost two years trying to save Lamar and their marriage."

"Lamar genuinely doesn't think he has a problem -– it's all 'work hard then party hard' with him until it goes off the rails," another insider adds. "They really do love each other. But she really feels that this problem is out of control, and she's hurt that he won't get help."

This is not the first time Odom has faced drug accusations. He was suspended in 2001 when he violated NBA drug policy twice in eight months, admitting to smoking marijuana.

TMZ has since reported that Lamar Odom is fine but his whereabouts are unknown.