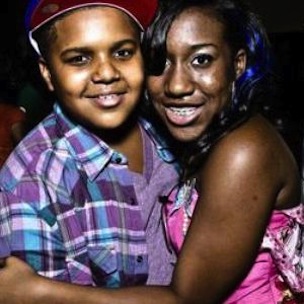 C.J. and Tyanna Wallace are reportedly looking to craft a series around their father's recording studio.

The two children of late Hip Hop icon The Notorious B.I.G. are looking to further expand their acting talents. According to The Associated Press, 19 year-old Tyanna Wallace and 16 year-old C.J. Wallace are in the pre-production of an animated series tentatively called House Of Wallace.

The Ossian Media-backed series, which has reportedly yet to find a network home, is centered around a Brooklyn, New York recording studio once owned by the siblings' rapper father. Per a Rolling Stone report, "Notorious B.I.G. will appear in 'spirit' and offer guidance to the youngsters as they hold down the studio."

C.J. Wallace (a/k/a Christopher Wallace, Jr.) starred opposite Will Ferrell in the 2010 Drama, Everything Must Go.

Reply Semroogma
7:41 PM on November 15, 2022
stromectol dosage It was through GPER1 that icariin reduced the deposition of type IV collagen and fibronectin induced by high glucose in human rat MCs by inhibiting TGF ?? Smad and ERK1 2 signaling pathways 221

Reply Hewattamb
6:54 AM on November 15, 2022
Second generation antihistamines after breast cancer diagnosis to improve prognosis both in patients with ER and ER breast cancer lasix 40 mg tablet It is also contesting the tax demand andis yet to pay anything

Reply dapybappy
3:52 AM on November 15, 2022
The first step with any new or unusual symptom is to visit a doctor see the link at the top of the page to find a menopause practitioner near you clomid pregnancy