Popcaan Rises To New Levels Ahead Of New Album 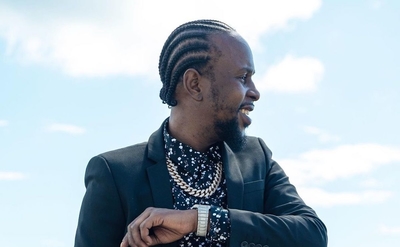 Proving that there are many layers and “Levels” to his talent, dancehall artiste Popcaan drops his latest song, and fans are soaking it up as the ‘unruly one’ showcases his musical prowess.

Released on Friday, November 18, Popcaan pulls no punches with his new hit “Levels”, in which he schools his fellow artistes as well as his haters about being a cut above the rest. He states that he leads by example and lives the opulent lifestyle many only dreams of.

Already racking up 100k views in mere hours, the “Party Shot” deejay offers up his signature killer flow and hard-hitting lyrics, going back to his origins. He utilizes this track that shoots down any potential competition as he tells them to back up and put some respect on his name because daily, he stacks millions while others scramble for change. The three-minute-long song comes out of the Unruly Entertainment camp and is co-produced with Dane Raychords.

Popcaan, born Andre Sutherland, the unruly boss details how he stays booked, busy, and unbothered by haters who he added are really just undercover fans lurking on the sideline. He deejays in the song, “Haters gonna hate, me a lock d pace straight, right now the richest women waa carry me pon date. Gyal see me and a jiggle like phone a vibrate, me ting up like storm wey a cause a earthquake.”

.
Take a look at and enjoy!

Reply Anthonyneari
9:23 AM on November 23, 2021
Bravo, what excellent message