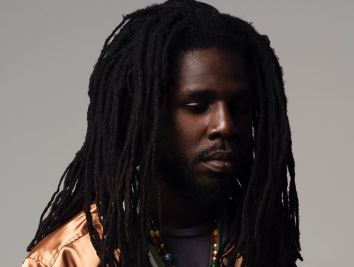 Chronixx is addressing current social justice issues affecting the world with a powerful message and song.

Grammy-nominated reggae singer Chronixx is known for music with deep and thought-provoking lyrics, and he is using that to make a statement. In a time of extreme injustices against African Americans going unchecked and the people from all corners of the world rising up to speak out against it, Chronixx is using social media to do the same.

The reggae star took to Instagram to share a snippet of his song “Black is Beautiful” off his Grammy-nominated album “Chronology,” along with a lengthy caption that shares a little about the song’s background. “This song was a letter to the African in America,” he wrote. “I never really liked the word ‘black’ to describe who I am because I don’t think that’s the way my fathers thought of themselves in ancient times….still I knew that’s what I needed to say to address it to the right people.”

The popular song whose hook repeats the powerful statement, “They never told us black is beautiful,” features African singer Sampa The Great, whose verse is heard in the part of the record that Chronixx shared in his post. In his caption, he went on to discuss the meaningfulness of the song and its message. “In deep thought and self searching I found endless beauty in what the lyrics meant and completed writing the lyrics for the original version in my journal.” he said. “From my album this was one of 2 or 3 songs written on paper.”