The 2022 GRAMMYs Postponed Due To Surge In Covid-19 Cases 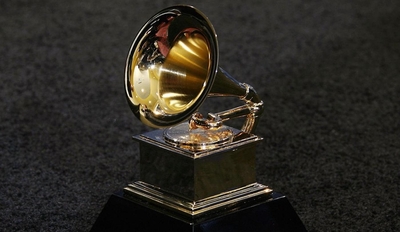 The 64th Grammy Awards has been put off, the Recording Academy announced on Wednesday afternoon.

The reason for the delay is due to the high risk involved in hosting the event due to the nationwide spike in Covid-19 infections due to the Omicron variant. On Tuesday, there were 600,000 cases reported nationwide, and it’s expected to climb as the fourth wave hits the United States.

This year’s event was initially set for January 31 and had expected to have a full attendance of celebrities because most of them are now vaccinated. A new date has not been set for the event, the Recording Academy and CBS announced in a joint statement.

“After careful consideration and analysis with city and state officials, health and safety experts, the artist community, and our many partners, the Recording Academy and CBS have postponed the 64th Annual GRAMMY Awards Show,” the statement read. “The health and safety of those in our music community, the live audience, and the hundreds of people who work tirelessly to produce our show remain our top priority. Given the uncertainty surrounding the Omicron variant, holding the show on January 31 simply contains too many risks.”

The show was scheduled to be held in Los Angeles, where infections have been rapidly rising in the last few days, with 2100 testing positive on Tuesday and about 2,000 people hospitalized.

The January 31 show would have announced winners voted on directly by Academy members rather than secret committees as previously done the Recording Academy announced the changes to voting last year following controversy and boycott by major artists like Kanye, Drake, Nicki Minaj, and others over what they called racial biases in voting that has in the past saw black artistes losing out on some deserving categories.

Reply Nova12
8:29 AM on December 17, 2022
Took me time to read all the comments, but I really enjoyed the article. It proved to be Very helpful to me and I am sure to all the commenters here! It’s always nice when you can not only be informed, but also entertained!
PREMIUM IPTV PROVIDER
https://greatiptv.org/

Reply AynMophy
8:55 AM on November 17, 2022
Welcome to the world of adult Dating loveawake.ru

Reply Fai
9:54 AM on September 30, 2022
This is such a great resource that you are providing and you give it away for free. I love seeing blog that understand the value of providing a quality resource for free. ???????????

Reply slot auto wallet
11:54 AM on September 25, 2022
i never know the use of adobe shadow until i saw this post. thank you for this! this is very helpful.Hello, this weekend is good for me, since this time i am reading this enormous informative article here at my home.I haven’t any word to appreciate this post.....Really i am impressed from this post....the person who create this post it was a great human..thanks for shared this with us.This is such a great resource that you are providing and you give it away for free. I love seeing blog that understand the value of providing a quality resource for free.I’m going to read this. I’ll be sure to come back. thanks for sharing. https://easyslot.com/slot-auto-wallet/
123...24Next »