Levels To This: Drake Rents Out Dodgers Stadium For Cozy Date With Johanna Leia 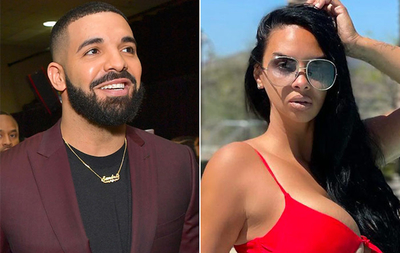 Drake once again show us that there is levels to the dating game.

Drake pulled out all the stops to have some private time with his new love interest Johanna Leia by renting out Dodger Stadium for a date night. However, leaked video footage from the intimate affair is sending Twitter users over the edge.

while the Dodgers were out of town playing against the Marlins. Video footage of the intimate date emerged on social media less than 24 hours later and spent no time propagating. Reports are that it was a local ABC7 helicopter that captured the drone view of the couple seated at a white table covered with flowers. Along with the cozy romantic setting, TMZ reported that the couple even had a personal bartender and received personalized Dodgers jerseys for the occasion, and Leia could be seen rocking hers.

Despite the romantic setting, their body language insinuated that the two were having an argument. Leia was apparently pointing at the rapper in vexation before they both spotted the aerial camera.