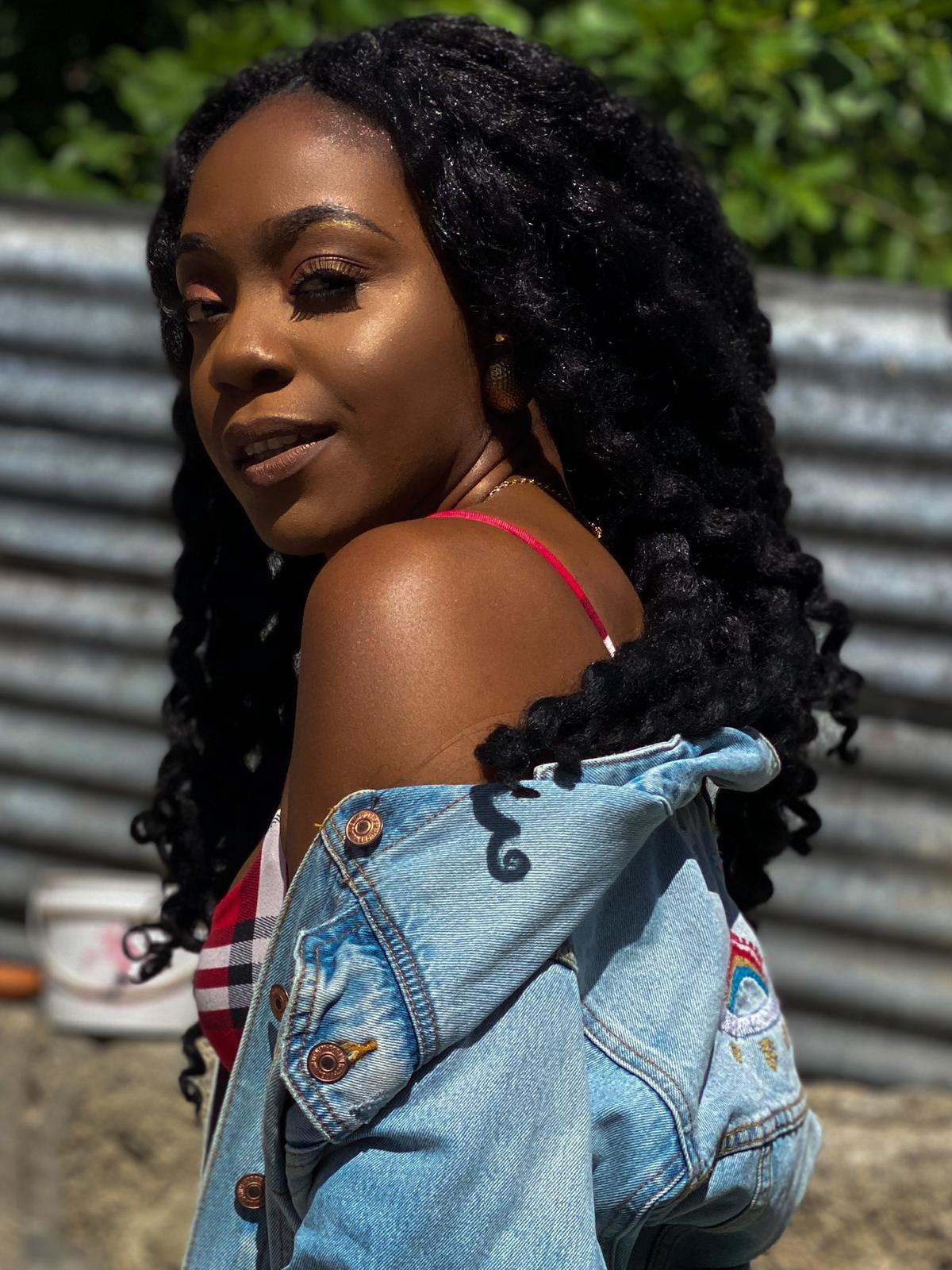 So I decided that I’m still going to release music and I actually released a lot more music than I even intended to because quarantine happened, lockdown happened so I’ve been writing non-stop. Even right now…I am writing again. I’m really using this year not only as a chance to be heard but also a chance for me to experiment because there is [sic] so many different sides of me that a lot of people don’t know about.

I even posted a dance video two months ago and people were like “since when do you dance?”….oh yeah I can do that too. I’m really just using this year as a chance to express myself and just show all sides to me, do whatever I wish. I’m hoping to keep that energy going forward and not feel restricted because people really don’t know how much pressure happens with some artistes especially when it comes to those who love competing.

Personally it feels like when I’m writing and there’s competition in mind and I have to write for other artistes it’s a bit heavy on my heart because it’s like “oh geez this a competition song” so it kinda limits my creative a bit….maybe it happens to other artistes, I believe it happens for other artistes as well, its gotta [sic] happen to somebody else other than me but I feel like it limits us a bit especially when it comes to Crop Over, people tend to stick in the area of road songs and that type of vibe instead of expanding their vision when it comes to soca…soca is not only about wuk up and guh down pun de road

Again this year has been an experimental year so far the music is doing great. I’ve been trying my best to release different vibes that would suit different people because I feel as though I have music for everybody. I have music for those who love the slow, who the love the fast, who love the dibby, who love the chanting… I got something for everybody and that’s a side of me that I decided to fully embrace. Most people would know I did more of the singing singing and more of the slow vibes but you know what Chrissy can chant….because originally I’m a rapper. I’m a rapper and I do R&B originally so it’s like why not find a way to incorporate all my styles into soca.

This season I learned a lot as an artiste, most artistes probably have a full team….somebody to do this and some people to do that and others probably have the money behind them to hire people to do this and that but when it comes to me I had to learn how to do the majority of the things from even being my own photographer. So far everything is going great and I feel in a better position because I know that everything I need…I can just do it myself and I don’t have to wait, or ask anybody or ask for any favours or anything like that and everything will be done to my liking because its done my me so that’s another cool thing that came out of this whole lockdown and the whole 2020.

You Never Have Too Much Music

A wrote a lot of songs…so far think I’m at 6 songs …or 7. I have lost track of how many songs I have so far. I’ve just been dropping music and I’m currently writing another song because a riddim was dropped by Red Head Records a few weeks ago and I’m home now in the mood to write. I’m kinda feeling a chanting rough rap kinda vibe…it’s probably going to be a completely different vibe, probably going to catch a lot of people off guard as well too because it’s a different vibe from what I’m usually accustomed doing. I’m not going to say this is my last song, I probably might go write another song next week…you never have too much songs, you never have too much music that’s how I see it."