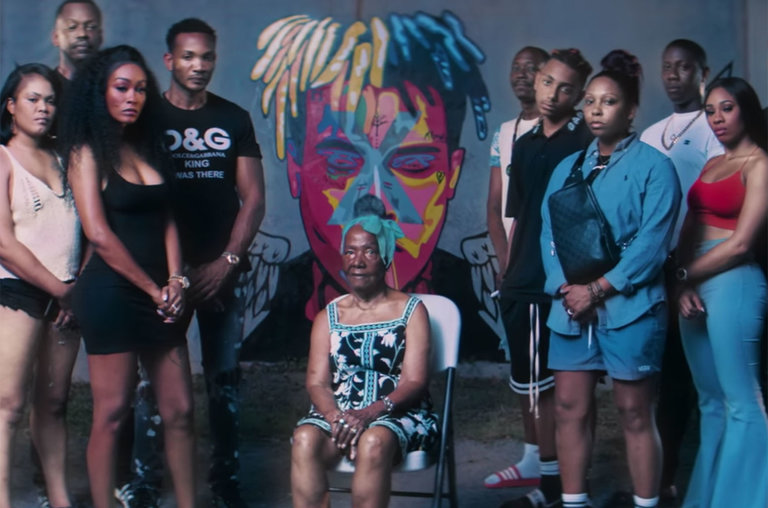 The visual is shot through the eyes of the late Triple X, who is memorialized with a beautiful mural at the onset of the flick, as he digs for a deeper connection to his island roots. Marley invades your screen as the leader of a menacing military battalion, while Don raps next to a horse. Sikka closes out the clip by providing the soundtrack to a fiery outdoor party.

"Royalty" is slated to land on XXX's forthcoming Bad Vibes Forever project, which his label is promising "soon." The album will serve as his fourth official full-length effort via Bad Vibes Forever/Empire.