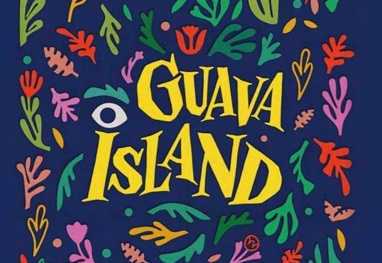 When Donald Glover and the director Hiro Murai collaborate on a new project, expectations are naturally sky high.

After all, Murai has directed many of the key episodes of Glover’s Emmy-winning series, “Atlanta,” as well as the music video for “This Is America,” the Grammy-winning song Glover recorded as his musical alter ego, Childish Gambino.

But with their first feature-length effort, “Guava Island,” you had the sense that Glover and Murai were trying to play down those expectations. The film, which comes in at a brisk 54 minutes, was shot in Cuba last year and kept under wraps until this week. That isn’t easy to do when your star is so famous and his love interest is played by Rihanna.

And though any film festival in the world would have coveted Murai’s first feature, “Guava Island” instead debuted Thursday night at the Coachella campgrounds in California, where Glover will headline the site’s music festival as Childish Gambino. Shortly after his set concludes on Friday night, the film is to begin streaming on Amazon, starting Saturday at 12:01 a.m. Pacific Daylight Time.

So what is this mystery project about? “Guava Island” is a music-driven fable that follows Deni (Glover), a happy-go-lucky singer who believes that music has the power to unite the squabbling citizens of his tiny island. He promises his girlfriend, Kofi (Rihanna), that he can write a song as beautiful as she is, though Kofi is skeptical. “No song is that beautiful,” she boasts.