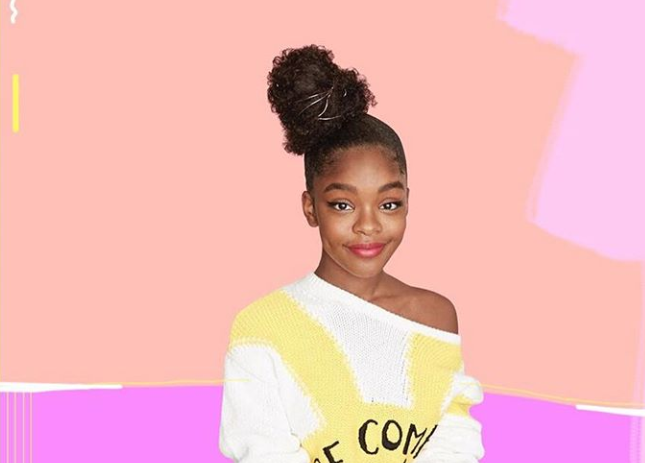 Marsai Martin is a total boss and she's just 14.

Martin, who plays Diane on ABC's "Black-ish," has signed a first-look deal with Universal where she will develop scripted projects.

"Working with emerging talent is a cornerstone of Universal's overall slate strategy and Marsai is a star on the rise," Peter Cramer, President Universal Pictures, said in a statement. "She is not only tremendously talented in front of the camera, but offers a unique perspective as a creator and producer that will resonate with all audiences."

Martin's first film as part of the deal is "StepMonster," a comedy about a teenage girl played by Martin, who is "adjusting to life with a new stepmother." The film will be produced by Marsai's production company, Genius Productions.

"I am so excited for the magic I'll be able to create and produce with Universal," Martin said in a statement. "My goal is to show young women and girls that our voices and ideas matter and you are never too young to dream BIG!"