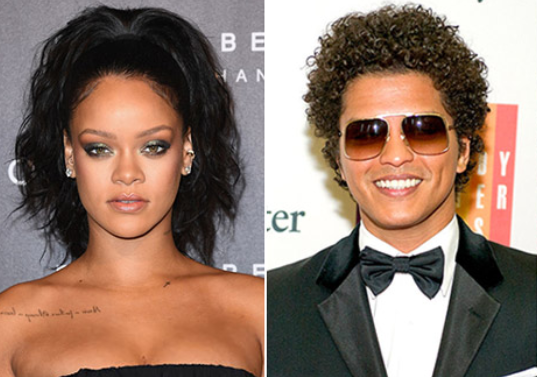 As Mars' fifth clip to reach the milestone, “24K Magic” puts the singer/songwriter -- tied with Columbian singer Maluma -- directly behind the top spot for most videos in the 1 Billion View Club, held by Justin Bieber with six entries. Mars' previous billion-view videos were Mark Ronson's "Uptown Funk!," "That's What I Like," "The Lazy Song" and "Just the Way You Are."

As for Rihanna, “Work” puts her in a tie with Katy Perry and Nicki Minaj as the women with the most billion-view videos, each having four.