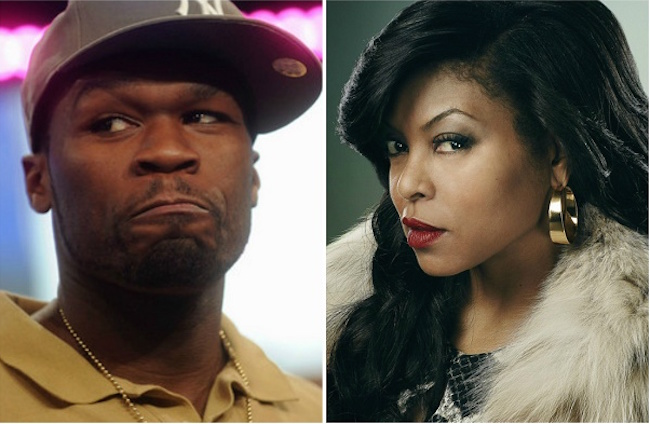 All summer long fans have been glued to their TV sets watching the web of lies Ghost, Tommy, Angela, Tasha and Kanan all tell on the Starz hit drama, Power. Yet, with two episodes left to the close of Season Three, fans are also excited to learn what will come of Cookie, Lucious and company on the Fox breakout hit Empire.

Never one to hold his tongue, Power executive producer 50 Cent took to Instagram to post an unflattering side-by-side photo of his ex and Empire actress Vivica A. Fox in an attempt to promote Power and shade the competition.

“I don’t know why people would want to cross me. I would stay out of my way, if I wasn’t me because I’m gonna keep winning,” 50 Cent writes. “I think they do it for attention, then they get more attention then they want. I told you POWER was the show to watch. Now Empire lol forget it.”

50 Cent could still be referring to the time Fox appeared on Watch What Happens Live with Andy Cohen, when she accused her former beau of being gay. Either way, Taraji P. Henson got wind of 50 Cent’s latest social media tirade and gave her two cents on the matter.

“I don’t know about y’all, but I really like to see other people win,” the Academy Award nominated actress said. “So sad. Use your POWER to unite people and uplift us all. #DoBetter.”