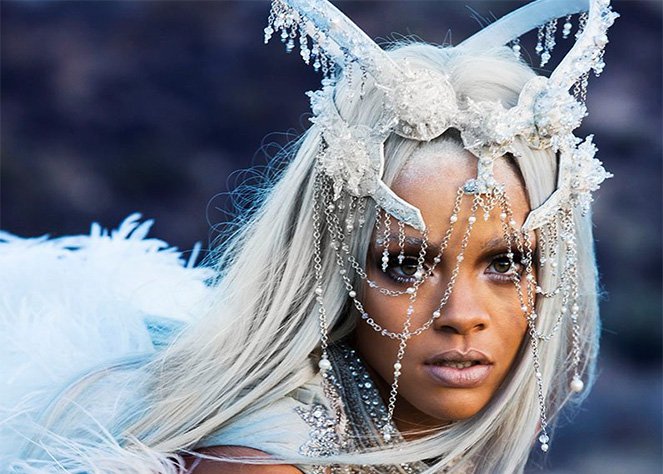 Comic-Con in San Diego on Thursday (July 21) got a glimpse into Rihanna's future and it seems she'll look as good as ever in the 28th century.

The preview was a sneak peek of Luc Besson's upcoming sci-fi film, Valerian and The City of a Thousand Planets, based on the French comic series Valérian and Laureline, which stars Dane DeHaan and Cara Delevingne as interstellar special agents. And, yup, Rihanna's in it too, playing a dancer in an alien bar run by Ethan Hawke.

The chart-topping singer's introduction came when DeHaan requests a "retro" girl at Hawke's club and is sat down for a private show as a bowler-wearing dancer appears on stage, straddling a chair, Vulture reports.

But by all means, it was only a tease and the video cut before things could really heat up. But according to DeHaan, Rihanna's role is apparently jaw dropping. Valerian is due out next summer.