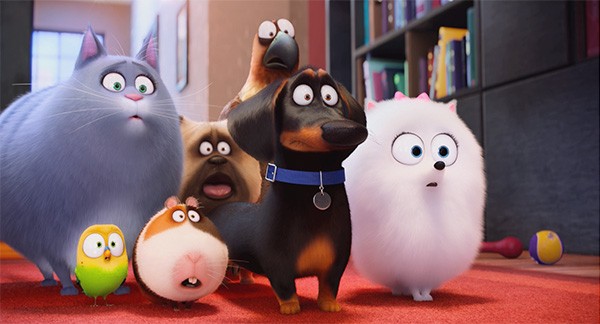 What do pets do when we’re not home? Make bank at the weekend box office, apparently, as the Illuminations-Universal animated comedy The Secret Life of Pets is proving as it blows past expectations with an extraordinary estimated $103.2 million opening, pushing yearly box office totals up around 3 percent from the same frame last year.

Pets marks the second $100 million-plus showing for an animated film in the last month alone after Finding Dory shattered records with its $135 million debut in June. The film, which features the voices of Jenny Slate, Eric Stonestreet, and Louis C.K., handily exceeds its $75 million budget with a $23,609 average from 4,370 locations, the week’s second-highest per-screen bow, as Captain Fantastic averaged $24,613 from four theaters in limited release.