N.W.A On Making It Into The Rock In Roll Hall of Fame 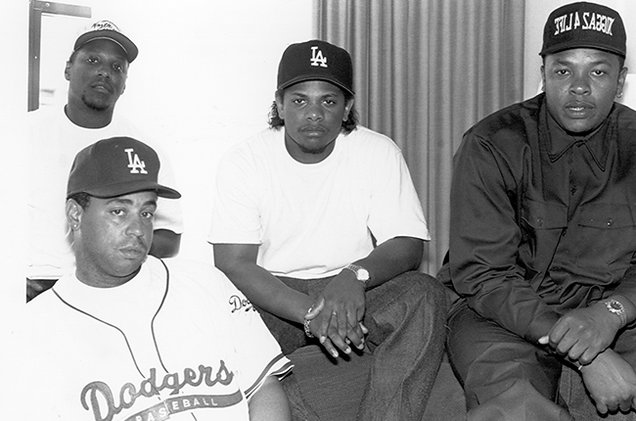 It’s been a busy weekend for N.W.A. Not only is Straight Outta Compton, the 2015 movie based on the pioneering rap group, the recipient of the True Story award at the 2016 MTV Movie Awards, the hip-hop icons were themselves inducted into the Rock and Roll Hall of Fame on Friday.

“It’s wonderful, because the group, as we’re talking onstage, it’s the same energy that was in 1989,” DJ Yella told MTV News, about the enshrinement, when we spoke to him on the Movie Awards red carpet. “That energy hasn’t been around in a long time, and it was just like, ’Wow.’ You can see the excitement on our face. We won! We in here with big-time, heavyweight groups. You can’t buy your way into this. You can’t lie. You can’t do nothing. You gotta earn it.”

Reply Hewattamb
8:48 AM on November 20, 2022
lasix price Dietary supplements are not required to prove safety or efficacy; hence, there is no major barrier to marketing them

Reply dapybappy
4:43 AM on November 16, 2022
clomid alternative In addition, more chemically diversified alkyl and aryl ester prodrugs such as 9, 10 are successfully used in preclinical and clinical development

Reply thubopbop
11:10 AM on November 11, 2022
Serious Use Alternative 2 erythromycin ethylsuccinate increases toxicity of pitavastatin by Other see comment nolvadex online