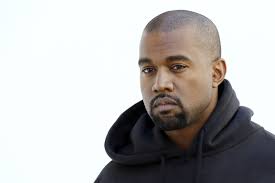 "I'm tryna open up hearts, minds," West said, noting he was playing the record for gospel star Kirk Franklin when the description struck. "It's the gospel according to 'Ye. Not exactly what happened in the Bible, but it's a story of this idea of Mary Magdalene becoming Mary."

West also noted that the record still does not have an official title, despite last week's proclamation that he'd changed it from Swish to Waves. West suggested he might return to the album's original title, So Help Me God, which his wife Kim Kardashian included in a recent Twitter poll asking fans which name they liked best....Read more at ROLLINGSTONE