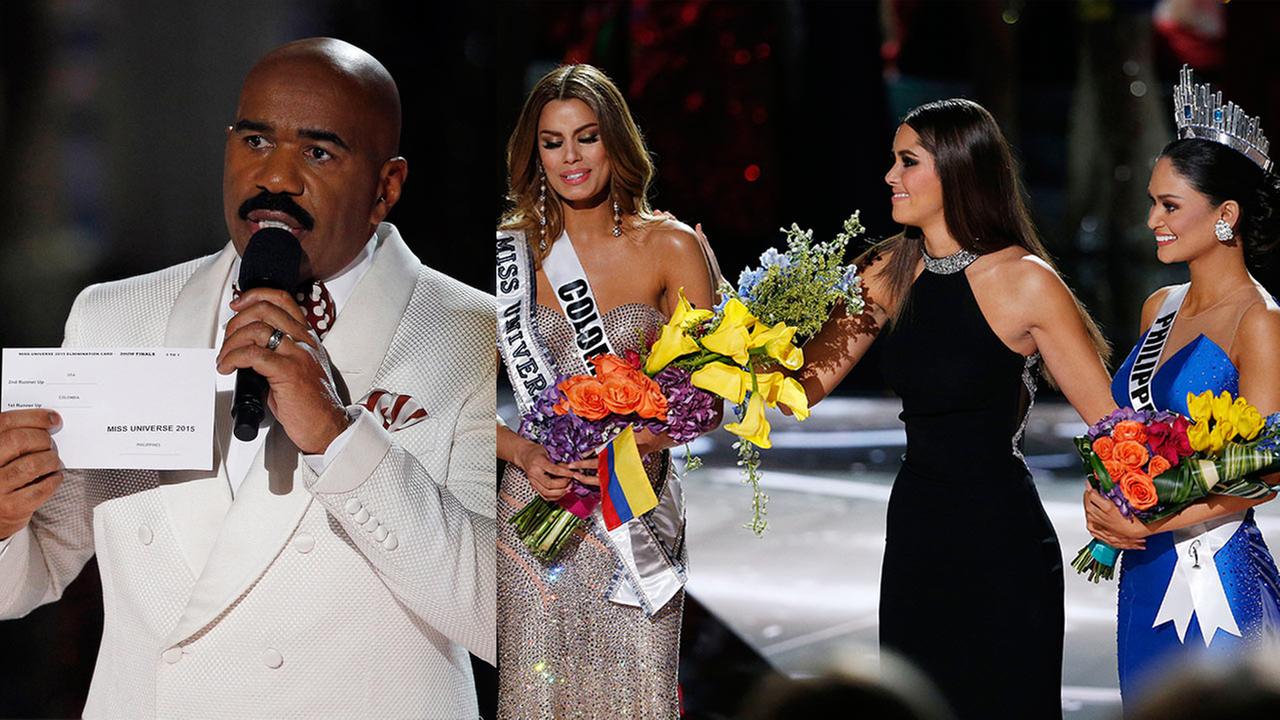 Hate it had to be you, Steve Harvey.

As host of Sunday night’s (December 20th) Miss Universe 2015 pageant, comedian, author and TV Host Steve Harvey announced the wrong contestant as the winner for Miss Universe 2015, resulting in one of TV’s most embarrassing moments.

The 58-year-old host announced Miss Colombia as the winner, when in fact it was Miss Philippines who won the title. Although Miss Philippines handled the moment well, it was still quite awkward to watch.