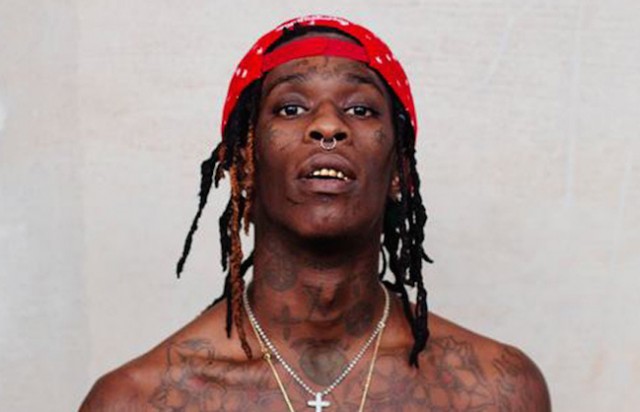 Young Thug finds himself behind bars for allegedly threatening to shoot a mall cop in his face.

The Atlanta rapper, born Jeffery Lamar Williams, is currently in custody following an incident between himself and a security officer at Perimeter Mall in Atlanta.

Thug was arrested at his mansion in Sandy Springs Georgia at around 6AM on Wednesday, the Atlanta Journal Constitution reported. Cops were assisted by U.S. Marshals went in and served the warrant.

It’s still unclear what happened between Young Thug and the security officer, but he was being escorted out of the mall when he threatened to shoot one of them in the face.

He was charged with making terrorist threats.