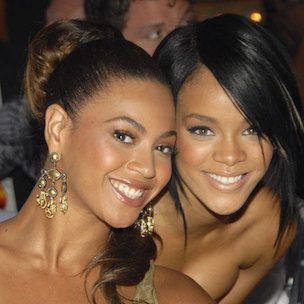 Maxim's Hot 100 has been released, a list of women that the publication reveals annually.

The site says fans voted on the list, which is available in Maxim's June issue, and it includes several Rap and R&B artists.

Katy Perry, who has worked with several rappers, including Juicy J and Snoop Dogg, is #3 on the list. Rihanna appears at #11 and Beyonce comes in at #21.

Iggy Azalea is the lone rapper on the list. She's listed at #96.