Mr. Papers Says He & Lil' Kim Are Expecting A Son 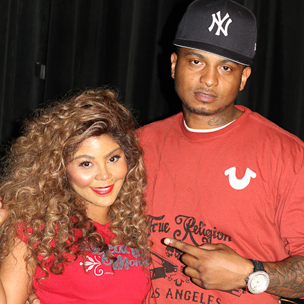 Days after Brooklyn rapstress Lil' Kim announced she was pregnant in an article published this week by Us Weekly, added details surrounding Kim’s pregnancy have begun to surface.

Mr. Papers, who appears on Lil' Kim’s “Pour It Up (Remix),” offered an update on his relationship with Kim, referring to the rapper as his wife during his interview with Rickey Smiley.

“Nah, we together, brother. Everything good. You know how they like to talk. Ain’t nothing. We together,” Mr. Papers said. “That’s my wife. That’s my baby.”

During her interview with Us Weekly, Kim shared that she’s currently “a few months along” and excited at the idea of becoming a new mom.