Rihanna And Ciara Are Taking Shots At Each Other... The Beef Is On 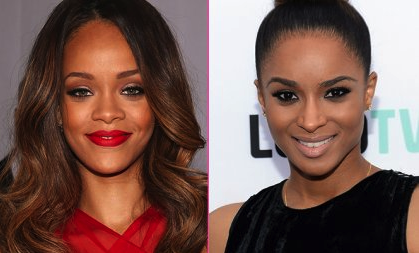 What is going on with Cici and Riri? Can we all just get along?

In case you need some catching up, Ciara is currently on the first leg of her promo tour to promote her new album, which means she’s basically doing a lot of radio interviews. Now, when you go to radio, they want juicy soundbites so it’s not surprising that outside of Ciara’s album, she’s being asked about two things that are relevant in her life at the moment: her relationship with Futureand her beef with Rihanna.

Yesterday was no different as Ciara hit up Bay area radio station Wild 94.9. When asked about Rihanna (who has been sneak dissing her all up and through Instagram), she said:

Rihanna, who canceled a tour stop in Houston yesterday because she was ill, threw a shot back at Ciara after someone posted the story on Instagram. She wrote on the photo: “How u gon hate from the outside??? Thanks for the free promeaux sis!! When will they start asking her questions about HER?”